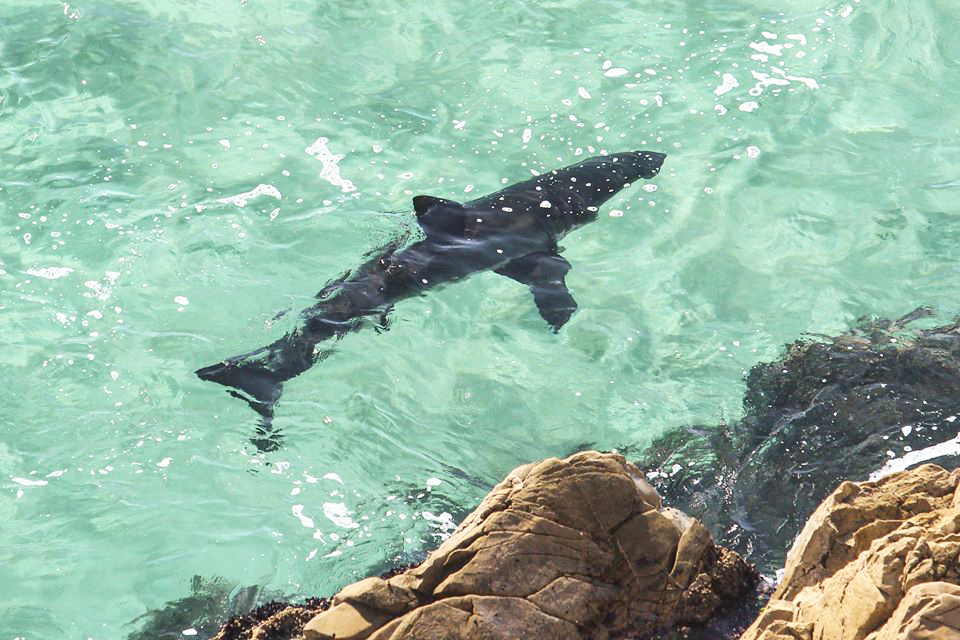 Askari Insurance has recently partnered with a great white research project in Plettenberg Bay. The project is an international collaboration between scientists and researchers and includes The University of Miami and Oceans Research.

With the oceans in turmoil due to overfishing and pollution, Askari Insurance wanted to play their part and make a sustainable contribution. Beginning at the top of the food chain with the preservation of these very vulnerable apex predators and by adding value to an internationally renowned research team, we thought was a great starting point.

Plettenberg Bay offers a research platform so unique in that it is the only place in the world where white sharks can be viewed from the cliffs above in the Robberg Nature reserve and here they can be observed in their natural habitat, patrolling and hunting in the shallow waters below with no interference by boats, chum and baits which may otherwise influence their behaviour.

Using various methods, the main title of the project is the monitoring of white shark activity close to populated areas in Plettenberg Bay. Each organisation studies a specific facet such as: why they congregate in certain areas at specific time of the year, are they the same sharks as previous years, do the migrate after a season together to the same location, movement patterns within the research area, the preamble to a predation and attack, seal and shark interaction and the impact of regional demersal shark longlining on the white shark population and their prey. With the data and findings collected over a few years The Plett White Shark Research project aims to assist the community of Plettenberg Bay to harness the benefits and opportunity these magnificent creatures bring with them and give the sharks the protection they deserve, as well as more detailed knowledge of movement which will aid in beach safety and mitigation of risk to ocean users by means of various measures to limit the human/ shark interaction thus making it sustainable for all.

One of the most critical aspects of the project is the study and understanding of the shark’s movements and what influences them. Monitoring these movements can only be done by a tracking mechanism. Some of these methods are extremely invasive and in the interests of the sharks and the projects non- invasive research ethos, the only reliable alternative are small external satellite tags which are very costly to a self funded project such as this, so Askari Insurance decided to get on board and have offered their assistance to the project as well as to the ongoing research in Mossel Bay by providing the sat-tags that will be used throughout the project. This enables real time information being available to researchers allowing them to establish why the sharks follow these routes and also determine patterns which will also assist with the beach safety aspect of the project

The first tag has already been deployed on an aptly named “Askari”, who is a 2,8m female white shark and the data recorded within a month is extremely interesting and shows that she has remained in a very confined area, spending much of her time along the backline of the beaches as well as around a seal colony and despite one or two trips to deeper water, she has remained in the same bay.

These sat-tags are equipped with enough battery life to sustain up to a year of transmissions, thus these tags not only allow the tracking of regional movements but seasonal migrations as well. There may well be some migration patterns in the future that have not been documented before, just theorised and all the data yielded by Askari and future sharks to be tagged, will be used to promote effective conservation. Satellite tags are designed to eventually pop off a shark, so the animal is not swimming with it indefinitely.

Hi, this is a comment.
To get started with moderating, editing, and deleting comments, please visit the Comments screen in the dashboard.
Commenter avatars come from Gravatar.

Hit enter to search or ESC to close

Your shopping cart
WooCommerce should be installed and activated!